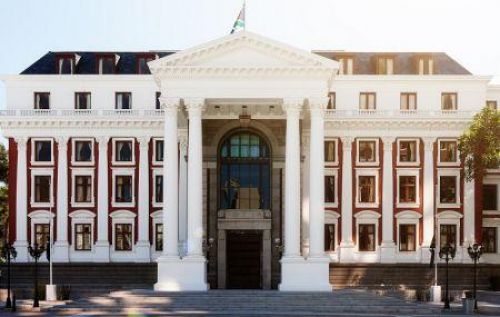 (Ecofin Agency) - The land issue in South Africa continues to fuel tensions. While the government has stated its ambition to redistribute land to the black population for several years, things do not seem to be moving in this direction.

The bill on land expropriation without compensation was rejected by Parliament on December 7. The bill, which provided for an amendment to Article 25 of the Constitution, received only 204 votes in favor out of the required two-thirds (267). No abstentions were recorded.

This is a real slap in the face for the ANC and more particularly for President Cyril Ramaphosa. In 2017, the President said the reform was aimed at "repairing the land injustices" suffered by black people during apartheid.

Since then, the issue has been raising voices. While white farmers feared dispossession of their land, the most pessimistic investors feared a scenario similar to that of Zimbabwe, which would be catastrophic for South African agriculture.

The government has tried to reassure people that there would be the possibility of legal recourse but did not succeed in convincing the political opposition, mainly represented by the Democratic Alliance (DA).

According to DA member Annelie Lotriet, the bill creates uncertainty about property rights and would have a detrimental effect on investment. “This is not what the country needs now, in the time of economic devastation during the Covid pandemic," she says. The Economic Freedom Fighters (EFF) party, the nation’s third-largest political party, which supports the principle of expropriation, also disapproved of the bill, saying it did not go far enough.

"We have rejected this bill and we urge the people to take back their land. The parliamentary process is a failure. The ANC is completely taken over by white monopoly capital and will do nothing to return the land to its rightful owners," said ANC leader Julius Malema.

Although it has suffered a setback, the government says it will continue its land reform in a country where 27 years after the end of apartheid, 72% of agricultural land is still held by the white minority. "I'm sad because we didn't get the majority of votes. But this is not the end of the road for us. We will use all other legal means to achieve land reform. We are already working on another land bill and another proposal for land redistribution," Ronald Lamola, Minister of Justice, told AFP. For the ANC, the struggle continues.