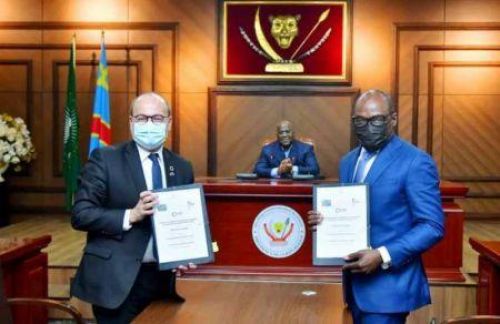 (Ecofin Agency) - In a December 7 statement, the DR Congo government announced it has reached an MoU of over $564 million with the French Development Agency (AFD). Although no further details were provided, this agreement is part of a strategy to strengthen AFD’s investment in the Central African country.

The partners also signed two other deals. One of more than $11.2 million for the education sector and the second to increase domestic resource mobilization in the country. Let’s note that an IMF delegation led by MD Kristalina Georgieva is currently visiting the country. This official visit, the first, aims to consolidate "the working relationship and trust" between the DRC and the monetary body.