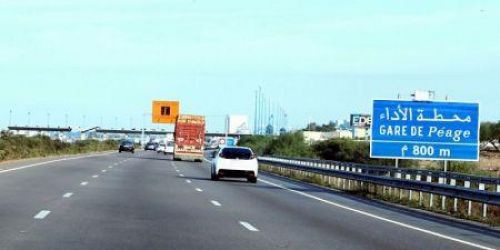 (Ecofin Agency) - The government of Morocco is constructing a bridge linking the city of Temara to the Rabat-Casablanca highway. The investment of MAD50 million (€4.6 million) is aimed at improving traffic flow on this 86 km corridor, which has a high traffic volume of 65,000 vehicles per day, with peaks of 85,000.

Work started since September 2019 and is expected to be completed by the end of this year, according to Abdelkader Amara, the Minister of Transport.

According to Mohammed Karim Al Imam, director of the Autoroutes du Maroc (ADM) development project, this bridge will further facilitate access to the highway and reduce traffic between Harhoura and Témara. A second bridge is expected to be built at the PK2+400 level of the highway, he said.

To sustainably relieve congestion on this road axis close to the coast, Morocco plans, by the end of 2020, to start the construction of a second 60 km continental highway to link the two political and economic capitals. Commissioning is scheduled for 2024.