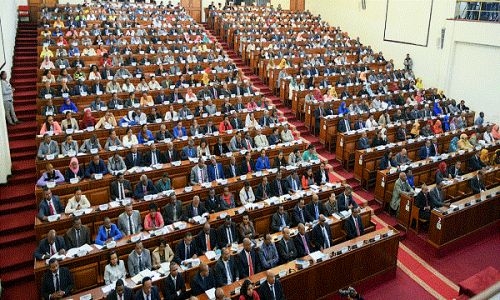 (Ecofin Agency) - Ethiopia will run on a $13.4 billion budget for the FY2019/20 that began July 8. New budget was approved by parliament during an urgent meeting held on Monday.

The government plans to use about $3.79 billion to fund operating budget, $4.53 billion for capital expenditure and $4.876 billion in subsidy to regional states. Another $207.95 million will be used to implement projects for Sustainable Development Goals (SDGs).

Compared to the $12.02 billion approved for the 2018/19 fiscal year, this year’s budget is 11.7% higher. The government says it will increase investments in key sectors such as agriculture, energy and mining. It also plans to attract more Foreign Direct Investment (FDI). All these measures will help generate about 3 million over the year, an optimistic PM Abiy Ahmed said.

Ethiopia is on a good path for economic development being ranked Africa’s fastest-growing economy for 2019 with a dropping current account deficit, according to the International Monetary Fund. The country’s real GDP growth is forecasted to remain stable at 8.2% in 2019/20.