The U.S. announces a $2 billion 10-year program to strengthen democracy in Sub-Saharan Africa 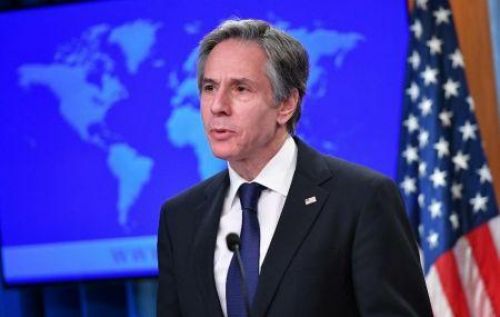 (Ecofin Agency) - The Biden-led U.S. administration is gradually unveiling its African cooperation strategy. The strategy focuses on strengthening democracy but, it also aims to counter Russian and Chinese influence.

The United States of America will invest US$2 billion over ten years to boost democracy and good governance in sub-Saharan Africa. The information was disclosed by State Secretary Antony Blinken (photo) during his speech in South Africa, last Monday.

The funds will be invested under  the Global Fragility Act, which aims to foster peace, resilience, and inclusiveness in “places where conditions are ripe for conflict.”

Several countries are targeted by the initiative. They are notably Mozambique and West Africa’s coastal countries (Benin, Côte d'Ivoire, Ghana, Guinea, and Togo). Under “The global Fragility Act,” the U.S. will provide support in selected areas.

The U.S. strategy builds "on decades of lessons learned in conflict prevention, such as cultivating relationships between community leaders, government officials, and security forces, which are vital to defusing tensions before they erupt into violence; and building resilience to the destabilizing impacts of climate change, like more frequent, more severe droughts," according to the U.S. Secretary of State.

The State Secretary’s visit to South Africa is the first part of a 3 countries-tour to be carried out in South Africa, DR Congo, and Rwanda. In the fact sheet of its strategy towards Sub-Saharan Africa, the U.S. indicates that apart from reinforcing trade ties, it will also “engage with African partners to expose and highlight the risks of negative PRC and Russian activities in Africa.”

According to a research published, in May 2022, by the U.S. think tank Carnegie Endowment for International Peace, China is Africa’s main trade partner since the year 2009. At the same time, trade exchanges between the continent and the USA dropped continually, from US142 billion in 2008 to US64 billion in 2021.

In recent months, Russia has been capitalizing on one of its main trade assets (cereals) to move its diplomatic pawns in Africa. On the continent, it also has military cooperation with some countries through weapons and controversial security services.

Let’s note that a U.S-Africa summit is scheduled for December 2022 to discuss cooperation issues like food security amid the Russia-Ukraine conflict and climate change.