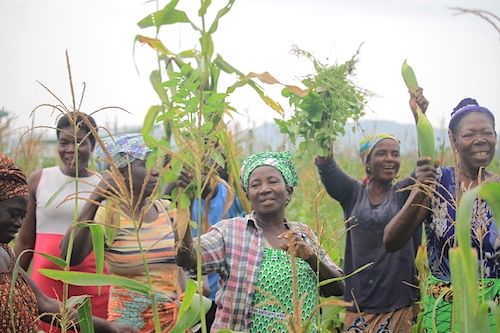 (Afdb) - In the pilot agropole of Kara, located some 423 kilometres north of Lomé, the capital city of Togo, there is a constant hum of bulldozers and harrowers. A few metres away from the deafening noise, engineers and agricultural technicians are supervising the work and talking to community representatives. Launched at the end of 2018, the Agrifood Processing Project of Togo has hit its stride.

With a total cost of CFAF 35.19 billion (EUR 5,36 million), 22% of which is covered by grants, the project is financed by the African Development Bank (47%), West African Development Bank (28%), the Government of Togo (17%) and the Seamaul Foundation (8%). It is expected to boost the share of agricultural products that are processed locally to 40%, from 19% in 2018, thanks to private investments in the agropole. It will also consolidate the community’s food and nutritional security and create wealth and jobs for youth and women.

Since March 2022, production units have been in place, new farming areas have been developed and the technical capacity of producers has been strengthened.

Pidezewe Agba, technical advisor for the Sanda Kagbanda zone, said: “In some areas to be developed, we have suspended works so that the people can take advantage of the rains to cultivate their farms. On part of the Kara site, we are continuing work on the farming area reserved for cashew nut cultivation.” She said that three companies have been selected to develop 3,000 hectares of land, with African Development Bank financing;  Another 2,100 hectares will be developed with financing from the Government of Togo.

To address storage and drying space, 11 agricultural processing centres have been built in Kara.

Through the end of the agricultural season in late 2022, these interventions provided by the Bank and the Government of Togo are expected to boost cereal production from 2,043 to 4,522.5 tons, representing an increase of at least 120%.

“These results of the Agrifood Processing Project are part of the Togolese government's initiative to ensure that the country accelerates the transformation of its agricultural sector in order to achieve a productive, modern and high value-added agriculture that drives the national economy and the growth of Togo,” said Wilfrid Abiola, the African Development Bank's Country Manager in Togo.