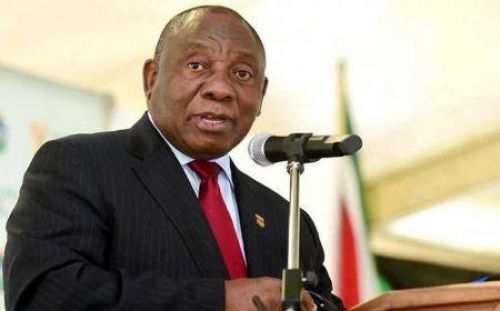 (Ecofin Agency) - In an open letter to the country today December 9, South Africa’s Head of State, Cyril Ramaphosa (pictured), said he is ready to take all necessary measures to save the struggling public companies. The State could not afford to let its businesses down because, according to him, despite the dire financial and operational issues, the companies still have great potential to boost the economy and help create jobs.

A few days ago, the government launched a rescue plan for the national airline South African Airways (SAA), under the supervision of Matuson & Associates. The rescue plan requires about €248 million for its implementation. The national power utility Eskom which has been struggling for years is also subject to a rescue plan, and the government continued to inject millions of dollars into it, after successive financial losses due to the mismanagement of previous leaders.

“Despite the depth of current challenges, none of our state-owned enterprises (SOEs) is lost. They can all be saved. But it will take extraordinary effort and, in some cases, tough decisions,” Ramaphosa said, adding “we will not hesitate to do what it takes to return our SOEs to financial and operational health.”

According to Cyril Ramaphosa, a significant part of the recovery effort is to reduce the dependence of the state-owned enterprises on government fund injections. For too long, the South African taxpayers have been funding the inefficiency and mismanagement of these companies and this is coming to an end, he stressed. But “we are clear that the state will retain ownership of all those state-owned entities that are strategic,” he stressed.