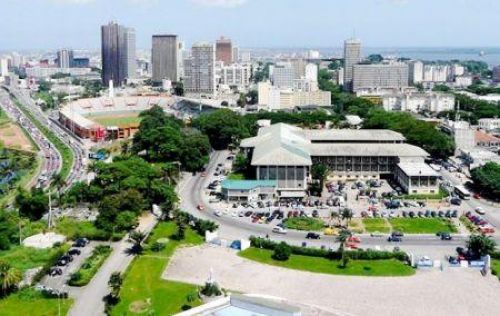 (Ecofin Agency) - The International Monetary Fund announced it has completed the sixth review under the Extended Credit Facility Arrangement with Côte d'Ivoire and approved the immediate disbursement of $133.4 million for the country. Motivated by the good performances achieved by Côte d'Ivoire, IMF also announced the program has been extended by one year.

The country’s economic outlook remains strong, and IMF says continuation of prudent macroeconomic policy and financial sector reforms as well as structural reforms to bolster private sector-led inclusive growth provide a strong medium-term outlook. For the year 2019-2020, growth is projected at about 7.5% for a budget deficit in line with the regional norm of 3% of GDP.

“Côte d’Ivoire’s reform efforts have resulted in improvements in its business climate in recent years. It will be imperative to continue the reform agenda to further stimulate private sector activity and support inclusive growth, including by improving the energy sector, human capital, and financial inclusion, accelerating digitalization, enhancing trade connectivity and governance, expanding the coverage of social safety nets, and reinforcing the statistical apparatus to help better inform economic policy,” IMF suggested.

As a reminder, Côte d'Ivoire's three-year economic reform program backed by IMF’s financing was launched in late 2016 for a total amount of $896.7 million. The program’s extension until December 2020, should increase this funding to $1.16 billion.