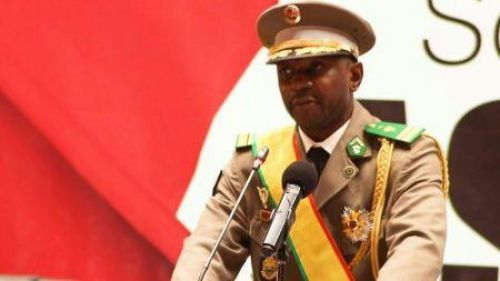 (Ecofin Agency) - The Economic Community of West African States ECOWAS has taken steps to ease its relations with Mali’s President of the Transition Assimi Goïta (pictured). The regional body sent a delegation led by the former Nigerian President Goodluck Jonathan to the country and concluded it was "reassured" by the commitments of Colonel Goïta.

"Regarding the key points, we have been reassured by the President of the transition and the Prime Minister," Jean-Claude Kassi Brou, President of the ECOWAS Commission and member of the delegation said after the two-day visit.

Goïta promised he will make sure the presidential elections are held in February next year and that power is transferred to civilians.  If the appointment as PM of civilian Choguel Maïga, member of the June 5 Movement - Rally of Patriotic Forces- has fostered the beginning of a thaw of tensions with the West African organization, the composition of the next government will determine whether the rapprochement process will continue.

While ECOWAS has accepted Assimi Goïta as Mali's new president, the rest of the international community remains opposed. For example, France has suspended its military cooperation with Mali and the African Union has suspended the country from its bodies.

As a reminder, Colonel Assimi Goïta ousted President Bah N'Daw and Prime Minister Moctar Ouane after a second coup, on May 24. He was then appointed head of state by the Constitutional Court and was sworn in on Monday, June 7.