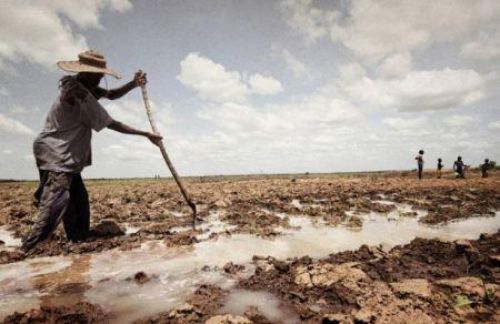 (Ecofin Agency) - Although Africa is the lowest emitting region worldwide (2-3% of CO2 emissions), it is the most vulnerable to climate change. Many partners have already contributed to addressing this issue, but much more needs to be done.

The US Agency for International Development (USAID) announced a new partnership with the African Union Commission to help Africa further reduce its carbon emissions and develop sustainable adaptation strategies. Under this framework, the partners set up the Comprehensive Africa Climate Change Initiative (CACCI) to help countries on the continent better their response plans and get more resilient.

All 54 African countries should now submit their Nationally Determined Contributions (NDCs) and National Adaptation Plans (NAPs) as part of their commitments to reduce emissions and adapt to climate change. These instruments will “build local and regional capacity as well as institutional infrastructure and develop an Africa-wide accountability platform that not only informs debate at the continental level but also informs global discussion on climate change mitigation and adaptation,” USAID said. They will be led by African leaders and institutions, with USAID and the AUC as lead agencies. The program aligns with the Global Climate Ambition project launched by the U.S. government during the Leaders’ Climate Summit.

According to estimates released in late October this year by the World Meteorological Organization (WMO), the earth has reached a level of atmospheric concentrations of greenhouse gases never reached before. Data collected from January to September 2021 showed that the past seven years are the warmest on record. This is manifested in Africa by back-to-back droughts, severe weather, and alarming levels of food insecurity.