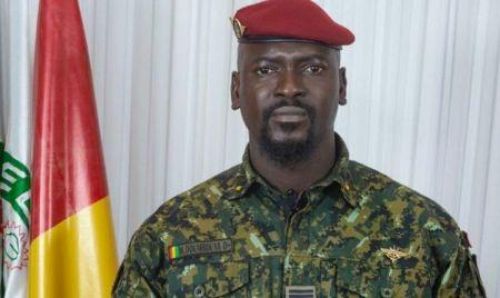 (Ecofin Agency) - Since the coup in September, Guinea has engaged in a transition process under pressure from the ECOWAS. At the end of a summit held on November 7, the institution decided to maintain sanctions against the country and appoint Mohamed Ibn Chambas as its special envoy.

"I have taken cognizance of the conclusions and decisions of the 3rd Extraordinary Summit of the Conference of Heads of State and Government of ECOWAS held on 7 November 2021 in Accra, on the situation in the Republic of Guinea and the Republic of Mali," Mamady Doumbouya wrote. However, "the appointment of a special envoy seems neither timely nor urgent insofar as no internal crisis of a nature to compromise the normal course of the transition is observed,” he added.

As a reminder, ECOWAS decided to maintain the sanctions adopted against the country after the coup that ousted President Alpha Conde on September 5. Although they noted the adoption of a transitional charter, the appointment of a civilian prime minister, and the formation of a transitional government, the ECOWAS heads of state called on Guinean authorities to "rapidly submit a detailed timetable of activities to be undertaken within the framework of the transition, to ensure the holding of elections.”

ECOWAS has recently been criticized for its management of the crisis in Mali and Guinea. The institution is accused of serving the "leaders" instead of the "people. For the time being, the Guinean transitional authorities say they want to continue to "maintain constant dialog and close cooperation with ECOWAS" throughout the transition period.

"The establishment of the transition is proceeding as planned, in a peaceful climate and perfect symbiosis with the country's living forces," reassured Mamady Doumbouya. "We remain open to receive ad hoc missions from the ECOWAS Commission, such as the one that recently stayed in Conakry to work with the government on technical support for a return to normal constitutional order,” he said.