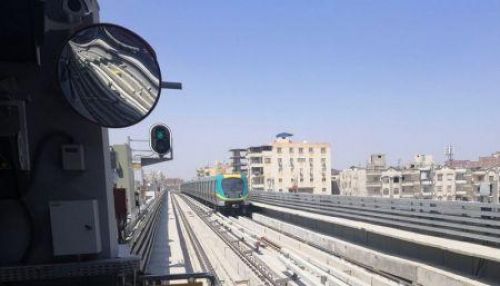 (Ecofin Agency) - The European Investment Bank (EIB) agreed to grant the government of Egypt a loan worth €1.128 billion to support the rehabilitation and expansion of metro and tramway systems in Alexandria and Cairo.

The deal was inked on December 29 between Raina Al-Mashat, the Egyptian minister of international cooperation, and Flavia Palanza, Director of Operations for Neighboring Countries at the European Investment Bank.

The EIB funds will contribute to improving the availability and quality of public transport systems in the target cities, where 30-35% of the Egyptian population live and work. Work will focus on three main projects: the conversion of the Abu Qir train line into a 22 km metro line (€750 million), the rehabilitation and extension of the 13.8 km Al-Raml tramway line in Alexandria (€138 million), and the rehabilitation of Line 2 of the Cairo metro (23 km) which has been operating for 23 years and requires an urgent upgrade of electrical and mechanical systems (€240 million).

This financing is part of a vast support program worth €1.9 billion approved by the EIB in July 2020. €800 million has already been disbursed to strengthen the resilience of small and medium-sized enterprises (SMEs) against Covid-19. To date, EIB has invested €10.6 billion in Egypt.