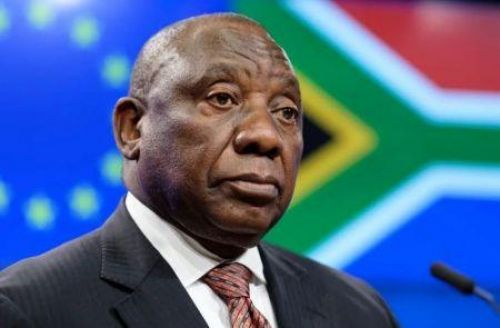 (Ecofin Agency) - The South African government says it will introduce a population-targeted universal revenue system by the end of this year. Speaking during the 109th anniversary of the ANC party, President Cyril Ramaphosa (pictured) said the project will help establish a social safety net for the poor people in the country and improve the existing social aid systems.

The basic income or universal income is an amount allocated to the population at a specific periodicity, individually and unconditionally. An official ANC document, relayed by Bloomberg, revealed the amount is R500 ($32) for citizens aged 19 to 59 who are not eligible for other forms of assistance.

The government sees the project as a more sustainable and secure solution, as the allocations initially set up to deal with the covid-19 pandemic are set to end soon. As a reminder, although the initiative has been on the government’s agenda for years, the fallouts of the coronavirus pandemic have highlighted its urgency. Indeed, the negative prospects such as the increase in the unemployment rate during and after the crisis reinforce the need to implement this system.

However, its deployment is hampered by the difficult economic situation suffered by the rainbow nation. According to several observers, South Africa does not have sufficient economic resources to engage in such a project. For 2020, the country expects an estimated growth of -7.8%.

Also, the liquidity problems of public enterprises (Eskom and SAA) which have weighed heavily on the state finance in recent years, coupled with investment needs in key economic sectors are another barrier to the universal income system.

“This year, the ANC, government and broader society will need to continue discussions on the desirability and viability of a basic income grant to provide a social safety net to the poor,” the President said.

Despite this scenario, the government argues it bets on tax levies on salaries to recover the amounts to be granted under the universal basic income system.