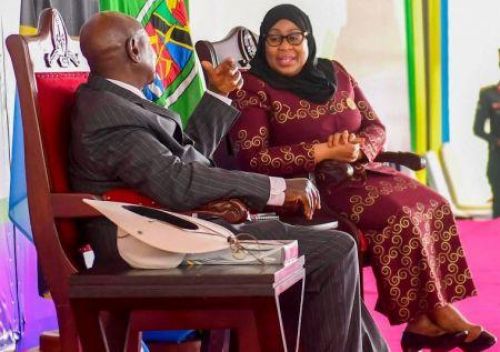 (Ecofin Agency) - Tanzania and Uganda are already collaborating in many fields but they want to further improve their bilateral relationship. The opportunity was presented by a two-day visit carried out by Samia Suluhu Hassan, President of Tanzania, to Uganda last May 10-11.

Uganda and Tanzania recently signed two memoranda of understanding in the fields of energy development and defense and security cooperation. The information was disclosed in an official joint release dated May 10.

The Memorandum of understanding covering the energy sector concerns the development of a 400KV transmission line connecting Masaka (Uganda) to Tanzania's port city Mwanza, through Mutukula, Kyaka, and Nyakanazi. The release provides no further details on the memorandum of understanding covering the defense and security cooperation between the two countries.

According to the release, the two countries also agreed to collaborate on vaccine development while Tanzania committed to buying antiretroviral (ARV) drugs from Uganda. Uganda will also supply 10,000 tons of sugar to curb the shortage in Tanzania. To boost their improving trade relationship, the two countries decided to take several measures, including the immediate removal of outstanding non-tariff barriers.