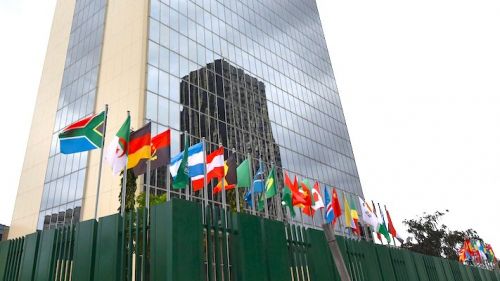 The President of the African Development Bank Group, Dr. Akinwumi Adesina, welcomed the new representatives of the 20-member Board of Directors. They officially joined the Board on 1 August 2022, and began a four-day induction programme on 1 September 2022 to familiarize themselves with the work of the Bank.

“I wish to congratulate you, the new Board members, on your election as Executive Directors, who will have the duty, obligation and responsibility to help strengthen the oversight functions of our institution, to provide guidance on our operations, and to support the vision and direction of our work,” Adesina said.

The number of women on the Board increased from three to five. Malika Dhif, who is the new Executive Director for Morocco, Togo and Tunisia, was previously the Deputy Director of the Treasury and External Finance in Morocco, in charge of relations with the Arab and Islamic world, America, Asia and international institutions. Meanwhile, Burundi, Cameroon, the Central African Republic, Congo, Democratic Republic of Congo and Chad are represented by Chantal Modeste Nonault, a chartered accountant, administrative and financial director of the World Bank regional office in Mali.

Mette Knudsen, a Danish national, represents Denmark, Finland, India, Ireland, Norway and Sweden. Before her appointment, she was Deputy Special Representative for Political Affairs at the United Nations Assistance Mission in Afghanistan. The United States of America is represented on the Bank’s Board of Directors by Oren Elaine Whyche, a long-time Deputy Assistant Administrator in the Africa Bureau of the US Agency for International Development (USAID). Lastly, Nomfundo Xenia Ngwenya, a South African national, represents South Africa, Eswatini and Lesotho. She was previously South African company NXN Analytics managing director.

Edmond Raphaël Wega, former Canadian Ambassador to Burkina Faso and Benin, now represents Canada, China, Kuwait, Korea and Turkey on the Bank’s Board of Directors. Brahim Bouzeboudjène, a high-ranking official tasked with combating corruption in Algeria and former Director of the Office of the Prime Minister of Algeria, is the new Executive Director for Algeria, Guinea Bissau and Madagascar.

The new Board members were appointed following the general election of Executive Directors by the Boards of Governors at the African Development Bank Group’s Annual Meetings held in Accra, Ghana, in May 2022. The Board of Directors of the African Development Bank is composed of 20 members. Thirteen members are elected by the Governors of Regional member countries (54 African countries) and seven by the Governors of non-regional member countries (27 countries). The Executive Directors are elected for a period of three years, renewable once.