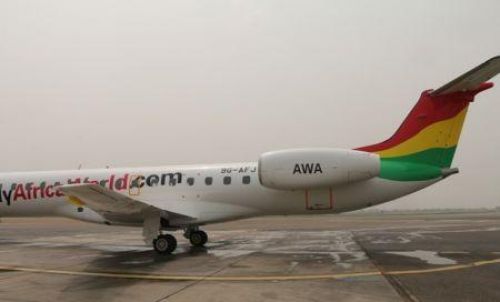 (Ecofin Agency) - Ghanaian private airline Africa World Airlines (AWA) and Air Burkina announced on Jan 10 they have entered into a unilateral interline partnership to better connect passengers via the AWA hub in Accra.

Under this partnership, Air Burkina’s passengers can now join, with a single ticket, AWA networks between Accra and Lagos, Abuja and Abidjan, as well as domestic services in Ghana.

Africa World Airlines started operations in 2012 and now operates a fleet of eight planes of Embraer E145 type. It has a network of five domestic lines (Accra, Kumasi, Takoradi, Tamale and Wa) and four cities in the sub-region, including Monrovia (Liberia), Lagos and Abuja (Nigeria) and Freetown in Sierra Leone. Flights to Abidjan will start from 14 February 2020.

Air Burkina operates two Embraer E195s and one Embraer E175. Based in Ouagadougou, the company serves the cities of Abidjan, Accra, Bamako, Cotonou, Dakar, Lomé and Niamey. Launched in 1967, it is one of the oldest airlines in Africa still in operation.