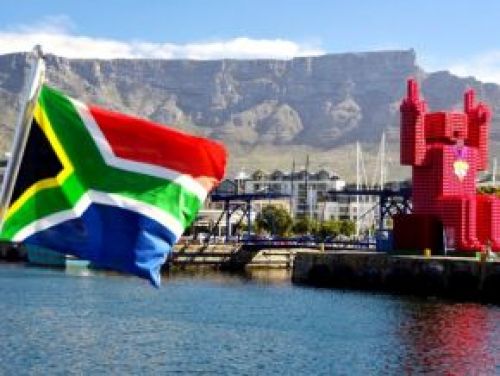 (Ecofin Agency) - South Africa will probably lose its position as Africa’s second-largest economy by GDP. This is per the calculations made by Ecofin Agency based on the estimates issued this month by the International Monetary Fund (IMF).

Estimated in US dollar with the current exchange rate, the South African economy is forecasted to generate an added value flow of $329.5 billion this year; making the country the third-biggest wealth creator on the continent. The other countries in the top 3 are Egypt, second with $394.28 billion, and Nigeria, first with $514 billion.

This top 3 ranking is expected to remain the same till 2026 according to IMF estimates. Nigeria is expected to generate a cumulative GDP of $4,346.5 billion while Egypt will generate $2,926.7 billion. South Africa remains in third place, with an expected GDP over the period of only $2,179 billion.

The days when South Africa was the leading African economy seem to be over. According to monthly statistics released by the South African Central Bank, foreign investors in the country sold more bonds and equities listed on the Johannesburg Stock Exchange than they purchased, with South Africa losing 11.5 billion rand ($786.6 million) in February 2021, the first loss since November 2020.

This gap between sales and purchases is due to the low returns on the Johannesburg stock market, with a 1.2% gain for each unit of currency invested in the financial market in February. Investors have also sold $3.3 billion worth of bonds issued in local currency since mid-February 2021, according to the Institute for International Finance (IIF). This situation is expected to increase pressure on the country's ability to import.

The situation observed in South Africa will impact the continent in general as the country serves as an anchor for several investors who wish to take advantage of the vast African market. A loss of investment capacity in this economy would have an impact on expansion strategies across the continent.

Despite the not always pleasant experiences of investors such as Tiger Brand, Shoprite and MTN, the big South African groups have no choice but to find a space to contain the low margins in South Africa. Last year, Standard Bank Group generated more than half of its revenues from the rest of Africa. To revive the appetite of investors, South Africa will have to compete with Nigeria, Morocco and to some extent Kenya in East Africa.