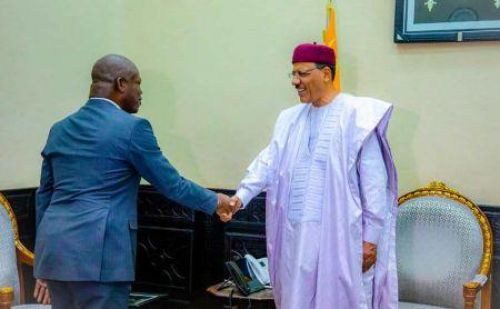 (Ecofin Agency) - Since late 2021, Benin‘s northern regions have become the regular target of terrorist attacks. The situation prompted authorities to strengthen cooperation with other countries more experienced in the fight against terrorist groups.

According to the government official, the agreement aims to facilitate the coordination of the two countries’ efforts in the fight against terrorism. It will notably serve as a framework for intelligence sharing and a training policy aimed at streamlining the two countries’ army intervention process.

“We quickly realized that this fight could not be fought by only one country. To stop it [terrorism], we need coordinated actions from countries affected by the same problem because it won’t disappear with time,” said Minister Nouatin at the end of his audience with Nigerien President Mohamed Bazoum.

Benin’s first experience with terrorism happened in 2019 with the abduction of two French tourists and their tour guide in the Pendjari National Park, located in the northern region. Since late 2021, the region is regularly attacked by terrorists targeting security forces. The situation compelled authorities to become extra security-conscious. For Minister Nouatin, the two countries could soon organize joint operations.