Tillaberi conflict: over 30,000 pupils out of school in H1 2021 (Amnesty International) 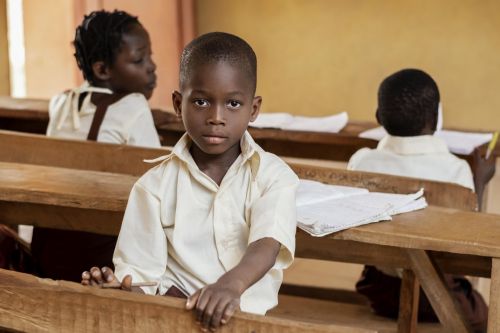 (Ecofin Agency) - The conflict in the Tillaberi region of Niger has escalated in recent years with mass killings forcing people to flee and children to leave school. Amnesty international painted a grim picture of the worrying situation for children in a new report entitled 'I Have Nothing Left Except Myself': The Worsening Impact on Children of Conflict in the Tillabéri Region of Niger.

The document found that over the first six months of 2021, about 31,728 children were forced out of schools and 377 schools were closed in the region. Compared to late 2020, this represents more than 100 additional schools closed and nearly 10,000 more children out of school. Amnesty International says the situation is bound to get worse especially since the government has so far failed to stop it.

“The failure to protect the population not only leaves villages vulnerable, but it also risks fueling recruitment into armed groups and possibly community self-defense groups, exacerbating the insecurity […] Armed forces in the region exploited a lack of access to school, limited economic prospects, food shortages, and an absence of local authorities in its recruitment, including of children,” the report reads.

With the Covid-19 pandemic, the light at the end of the tunnel seems very far away. Data from Save the Children showed that 63% of Nigerien children were out of school before the pandemic; the highest rate in the world. And an additional 1.2 million children left school due to the Covid-19 restriction measures.

According to Amnesty International, authorities should “heed the early warning signs and take steps to mitigate, prevent, and respond to the violations and abuses” before things get out of hand. “They should urgently prioritize measures to prevent and respond to attacks on schools, which serve an important protective function in communities,” the NGO added.

Let’s note that Niger is one of the poorest countries in the world with a poverty rate of 42.9% in 2020, according to the World Bank. In 2019, the country scored 0.394 points in the human development index, the lowest worldwide.