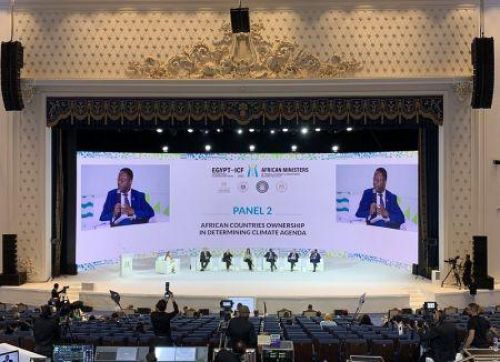 ( AfDB) - Africa has been losing from 5 to 15% of its GDP per capita growth because of climate change and its related impacts, but needs about $1.6 trillion between 2022 and 2030 to meet its nationally determination contributions, says African Development Bank Group Acting Chief Economist and Vice President Kevin Urama.

The chief economist added: “These sums reflect how the crisis is. Climate change affects Africa severely, while the continent contributes to only 3% of global emissions. The global community must meet its $100 billion commitment to help the developing countries and African economies to mitigate the impacts of the climate change and to adapt to it.  Investing in climate adaptation in the context of sustainable development is the best way to cope with the climate change impacts, adding that gas must remain included in the continent’s plan for the gradual transition to clean energy.”

Urama highlighted that since the 1850s, countries have managed to transition away from coal, and used gas as a transition to cleaner energy. He also affirmed that Africa had great potential in terms of green investment opportunities that private sector, including banks, could tap into.

Fouad explained: “The first pillar focuses on how we can adopt a low greenhouse path, which centers on the sectors around renewable transport, gas, industry and waste. The second one relates to adaptation and how best to make the communities more resilient. The third and fourth ones are focused on how to protect coastal zones and have more accessibility and availability of water. The last one is about the need for developing more smart and integrated concoctions and that's the stereotype of a strategy on climate”.