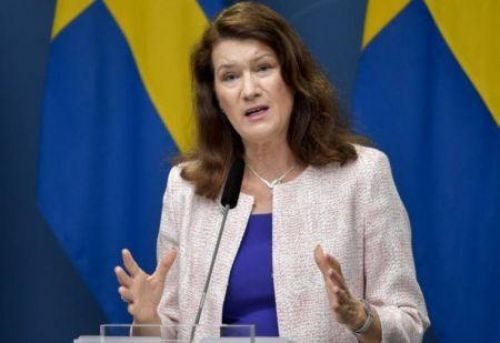 (Ecofin Agency) - The situation in Mali is beginning to worry its military partners. The presence of Russian soldiers in the country makes Europeans uncomfortable, as they consider them to be mercenaries, even though Malian authorities say otherwise.

Sweden will withdraw from Task Force Takuba. The announcement was made today by Ann Linde (pictured), Swedish Foreign Minister.

"We have already decided that we will leave the Takuba force this year," she said at a press conference held on the sidelines of a summit of European foreign ministers. The announcement comes while Mali is under pressure from the regional and international community. Task Force Takuba is a special force mission set up under the leadership of France to intervene in the fight against terrorist groups in Mali. It was expected to gradually replace the French operation Barkhane, whose termination was announced last year by President Emmanuel Macron.

Since rumors of rapprochement between Mali and the Russian Wagner group, several European countries have announced that the intervention of this group in the war against the jihadists would compromise their participation in this fight.

To date, the Swedish Republic has 400 soldiers in Mali. 250 soldiers are part of the United Nations Mission in Mali and the other 150 are in the French military operation Takuba.