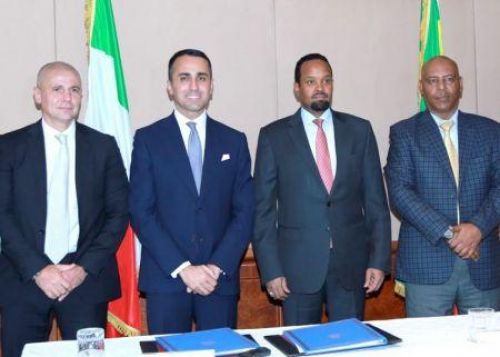 (Ecofin Agency) - Ethiopia wants to modernize its agriculture and industrialize its rural areas. To this end, authorities have launched a project (with backing from several international partners) to develop agro-industrial parks in four regions.

Ethiopia recently secured a €22 million loan from Italy for the development of agro-industrial parks in the country. The loan agreement was announced by the Ministry of Finance in a release published on its website, Monday, June 13.

According to the release published by the Ministry of Finance, the project aims to “create jobs in the rural areas of the country, increase farmers’ incomes, generate export revenues, substitute imports of agro-processed goods and contribute to economic growth and structural transformation.”

“The intervention will improve the involvement of private sectors in the Integrated Agro-Industrial Parks and Rural Transformation Centers, and their competitiveness in the internal and international market, which is in line with the Home-Grown Economic Reform agenda and the 10 years development plan of Ethiopia,” it adds.

Last December, the four IAIPs received funding (over US$2 million) from the United Nations Industrial Development Organization (UNIDO). On May 5, 2022, the UNODC and UNIDO signed a memorandum of cooperation for a project on the operationalization and sustainability of integrated agro-industrial parks in Ethiopia.