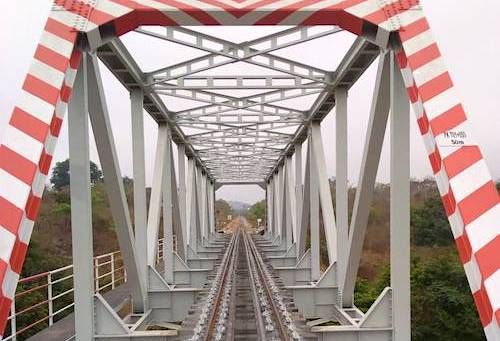 (BOLLORE ) - The Interministerial Committee on Railway Infrastructure, COMIFER, chaired by the Transport Minister, has noted the completion of the renovation work on 13 railway bridges initiated as part of the five-year infrastructure renewal programme agreed between the Cameroon government and Camrail.

Under the programme, and with the contribution of the World Bank, Camrail organised on behalf of the Cameroon government the renovation of 12 metal bridges on the Transcam 2 line between Yaoundé and Ngaoundéré and that of the Edéa railway bridge on the Transcam 1 line between Douala and Yaoundé.

As part of the projects implemented by the Transport Ministry, in February 2020 Camrail also launched renovation work on 55 further railway bridges (metal bridges and reinforced-concrete slab bridges) across the entire network. The works, due for completion in 2021, are being contributed to by local businesses including SOCATRAF, GEMAT and SIPN.

The renovation of these railway bridges will increase the circulation speed of trains on these works, improve rail traffic safety and reduce the journey times of the rail transport of people and goods,” said Hamadou Bakary, Director of Fixed Installations at Camrail.

The work on renovating the 68 railway bridges, amounting to a total cost of some 4.11 billion CFA francs, is part of the programme on the modernisation of railway infrastructure. In addition, 330 km of track (Ka’a-Belabo, Batchenga and Ka’a, Douala-Yaoundé entrances and exits) has already been renewed. Reinforcement work has been carried out on 500 km of track and 1,671 hydraulic structures were refurbished between 2000 and 2020.

“These investments, conducted through financing from the World Bank, serve to safeguard our railway heritage and contribute to the roll-out of the government plan to modernise railway activities. The Ministry of Transport is thus working towards its aim to improve the safety of transport means by overseeing investments in railway infrastructures,” said Claude Misse Ntone, Director of Rail Transport at the Ministry of Transport.

With the support of development partners including the World Bank, the European Investment Bank, the French Development Agency and the European Union, the Cameroon government and Camrail are currently finalising the projects to renew the track between Douala and Yaoundé and between Belabo and Ngaoundéré, for a total estimated length of around 585 km.

About Camrail
Camrail, a subsidiary of Bolloré Railways, has been a railway concessionary in Cameroon since 1999. A major player in economic and social development in Cameroon, Camrail, which recently celebrated its 20th year as a concessionary, invests an average 12 billion CFA francs a year. The company pays back an average 10 billion CFA francs to the state every year through charges, taxes and fees. With 1,500 direct employees and 4,000 subcontracted personnel, Camrail leads an ambitious human resources policy.