Launch of Global Center on Adaptation's regional office in Africa 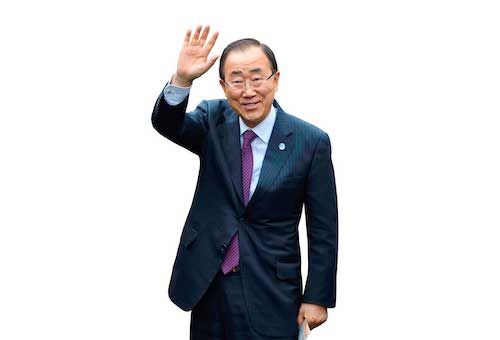 (AfDB ) - Ban Ki-moon, Chair of the Global Center on Adaptation (GCA) and 8th Secretary-General of the United Nations will join African Development Bank Group President Akinwumi Adesina, IMF Managing Director Kristalina Georgieva and African leaders from across the continent for the launch of GCA Africa on Wednesday, 16 September 2020 at 12.00 GMT.

GCA Africa, hosted at the African Development Bank headquarters in Abidjan, will work closely with its partners from all sectors to align initiatives with global programs, coordinate projects across the continent, and deliver accelerated action for communities affected by climate change across Africa.

With headquarters in the Netherlands and regional offices in China and Bangladesh, the GCA acts as a solutions broker to accelerate, innovate and scale adaptation action for a climate-resilient world. It is co-chaired by Ban Ki-moon and Feike Sijbesma, Honorary Chairman of Royal DSM. African Development Bank President Adesina and Kristalina Georgieva both serve as members of the Board.

The launch event will be followed by a Partnership Forum – an open dialogue with stakeholders from across the continent to advance Africa’s adaptation priority actions and to discuss how GCA Africa can support and ensure better coordination for greater impact.

The media are invited to join the ceremony by clicking on the following live stream links: