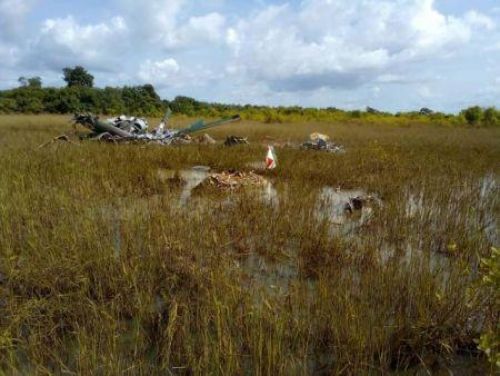 (Ecofin Agency) - The Ivorian government has ordered an investigation into the military aircraft crash that recently happened in Tehini region, near the border with Burkina Faso. The MI 24 chopper, which disappeared during the night of September 9 to 10 while on a reconnaissance mission, was finally found with all 5 occupants dead.

As a reminder, the Tèhini-Togolokaye route was the scene of a "complex attack" on an army reconnaissance patrol on Saturday, June 12. Two soldiers and a gendarme lost their lives.

The new incident occurred at a time when the Ivorian military is leading a strong surveillance operation following terrorist threats on its northern border. Since the beginning of 2021, Côte d'Ivoire has experienced terrorist attacks on military positions near its border with Burkina Faso. At least six soldiers have already died in these attacks.

Although the violence has been attributed to jihadists operating in several of Côte d'Ivoire's neighboring countries, the attacks have not yet been claimed. This is the second MI 24 crash in just over a year. On March 18, 2020, an MI 24 helicopter crashed at Abidjan airport, following a bad maneuver.