SS Africa: Climate change could force 86 mln residents out of their homes by 2050 (report) 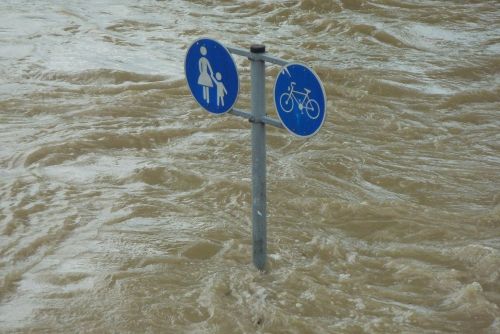 (Ecofin Agency) - In Sub-Saharan Africa, over 86 million people could become internally displaced persons, by 2050, because of climate change. This would represent 4.2% of the total population by that period. The figures were estimated by the World Bank in its recent updated Groundswell report on Internal Climate Migration which studies the impacts of climate change on water availability, crop productivity, and sea-level rise in the six World Bank regions: Sub-Saharan Africa, East Asia and the Pacific, South Asia, North Africa, Latin America, Eastern Europe and Central Asia namely.

Although it is the region with the lowest CO2 emission per capita in the world [according to 2018 data from the World Bank], Sub-Saharan Africa will record the highest number of internal climate migrants.

In comparison, a region like South Asia that has a CO2 per capita emission of 1.52 (almost double the 0.8 of Sub-Saharan Africa) will record just 40.5 million internal climate migrants representing just 1.8% of its estimated total population. According to the Bretton Woods institution, this could happen because Sub-Saharan Africa "is highly vulnerable to climate change impacts, especially in already fragile drylands and along exposed coastlines." Also, agriculture, "which is almost all rainfed in the region, also accounts for a large share of employment."

The report calls governments to take urgent actions to mitigate climate change or manage the looming threat. “These projections should impart a sense of urgency for early action. Climate change could shift social, economic, and livelihood circumstances in ways that may force people to migrate in distress. This could place significant pressures on both sending and receiving areas, if left unplanned. Countries that have made important development gains may see their progress threatened, and some could face existential challenges related to habitability. (…) if well managed, internal climate migration and associated shifts in population distribution can become part of an effective adaptation strategy, allowing people to rise out of poverty, build resilient livelihoods, and improve their living conditions," it reads.

In Sub Saharan Africa, which is already facing an internally displaced persons’ crisis due notably to various conflicts, internal climate migrants will be additional budgetary problems.  In 2018, International NGO IDMC published a report estimating the financial costs of Sub-Saharan African migrants at US$4  billion yearly for some 18.4 million internal refugees [according to Pew Research]. Should governments fail to take action, the additional spending generated by internal climate migrants could cost more than double that amount for countries that are already struggling to deal with other priorities like electrification, industrialization, food security, etc…