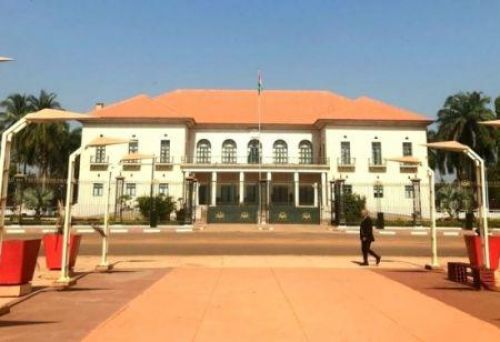 (Ecofin Agency) - Guinea-Bissau initiated many reforms that were expected to earn it an IMF-led economic program. After two satisfactory reviews, the country has finally reached a staff-level deal with the institution.

The International Monetary Fund (IMF) announced it has completed a satisfactory mission for the second review of a staff-monitored program with Guinea Bissau. “The review aimed at assessing the efforts being undertaken to build a policy track record towards an Extended Credit Facility (ECF) arrangement in 2022,” the institution said.

Under this program, Guinea Bissau seeks to reduce “the level of some current spending, including on the wage bill and debt service, while strengthening the yield of taxes, including those newly introduced such as the tax on telecommunications, and the digitalization of tax collection.” Following the second review, IMF hailed the country’s overall performance and progress on the reform program despite difficult socio-economic conditions exacerbated by the COVID-19 pandemic. “Most structural benchmarks and quantitative targets assessed at end-September 2021 have been met.”

IMF reported that the amendments undertaken by the authorities have enabled the country to continue its economic recovery, despite the difficult conditions. The objective is to "bring down the projected fiscal deficit to about 4.2% of GDP in 2022 and gradually converge to the WAEMU regional deficit norm of 3% of GDP by 2025.” The measures have also helped stabilize inflation at 3% this year.

In the long run, the reforms will enable Guinea Bissau to address its public debt while having enough room to meet the basic needs of its population, including health, education, and physical infrastructure. IMF also announced it has validated the government's plan to use an SDR allocation of about $38.4 million for "early repayment of expensive external debt, and for COVID-19 related spending, including vaccination and improvement in health services.”

In a November 30 report, the institution forecasted that the country's economic growth would accelerate as a result of improved economic conditions. Cashew exports, business confidence, and political stability will support this recovery.