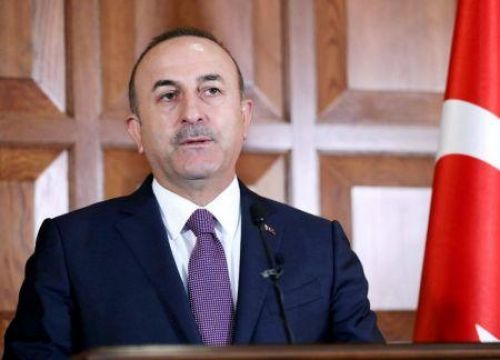 (Ecofin Agency) - Turkey and Egypt could soon restore their broken diplomatic relations after 8 years. According to the Turkish Foreign Minister, Ankara is ready to bury the hatchet with Cairo.

Speaking in a TV interview, Mevlüt Cavusoglu (pictured) said a meeting should be held in May between delegations of senior Turkish and Egyptian diplomats at the invitation of Cairo. The announcement comes after nearly eight years of tense relations between the two countries, following the arrival in power of General Abdel Fattah al-Sissi. He had overthrown the regime of President Mohamed Morsi, a member of the Muslim Brotherhood, an organization supported by Turkey. The persecution by the Egyptian military regime of this movement had led to a freeze in relations between Egyptians and Turks who in November 2013 expelled their respective ambassadors.

If this diplomatic reconciliation can be considered a boon for the two countries that were opposed on several fronts, including the Libyan theater, it worries, on the other hand, the opposition hostile to the regime of the government of al-Sissi. Indeed, since 2013, Turkey had become the home of several Egyptian opposition media that took advantage of the deterioration of relations between the two countries to issue their criticism from Ankara. However, these media have already announced that they are under pressure to be "less critical" of the regime in Cairo since the operation of diplomatic rapprochement was initiated with Ankara.

For now, discussions on the appointment of new ambassadors have not yet been conducted. "We have not yet discussed this. There will be a meeting between vice ministers and diplomats. It will be on the agenda. A date for the meeting is not decided yet," Cavusoglu said.