Russian Wagner mercenaries to soon be in Mali (Diplomatic sources) 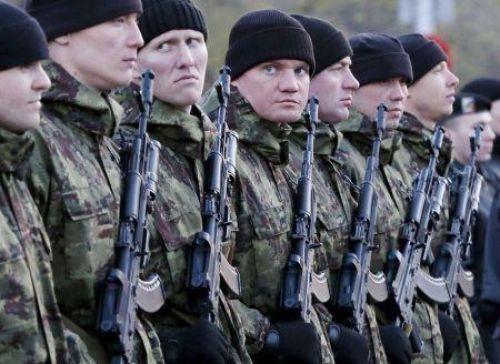 (Ecofin Agency) - The Wagner Group is reportedly close to reaching an agreement with the Malian junta. Diplomatic sources who requested anonymity told Reuters that the group will train troops and ensure the protection of senior officials. For the moment, the authorities have not officially confirmed this information.

Reuters reported that as part of the negotiations, the Wagner mercenaries could be paid more than $10 million a month to train the Malian military and provide protection for senior officials. Some sources said at least 1,000 mercenaries will be deployed in Mali. Other sources said the number could be less.

Although the information has not yet been officially confirmed, this announcement underlines the growing influence of Russia on the African continent. Russia has been very active in Africa’s security sector in recent years. The country has become a key player in the resolution of the crises in Libya and the Central African Republic. Moscow is accused of involving the Wagner group in these two countries, but Vladimir Putin has always denied these allegations.

Beyond a simple strengthening of its relations with Africa, Russia’s new offensive appears to be a sign of competition with rival France. Until now, the Central African Republic and Mali were included in France’s sphere of influence in Africa. But its presence in these two African countries has gradually weakened.

In the Central African Republic, Paris had accused Moscow of organizing a disinformation campaign. In Mali, the failure of Operation Barkhane to stop jihadist attacks has led to popular protests against the French military presence.

At a conference in Pau in early 2020, Emmanuel Macron also accused foreign forces of being behind the protests. According to him, these anti-French demonstrations were intended to serve "the interests of other foreign powers that simply want to push Europeans out to serve their agenda, an agenda of mercenaries.”

If the deal between Russia and the Malian junta is confirmed,  the presence of the Wagner group alongside the Malian government could have an impact on international military aid. As a reminder, several international organizations have accused the group's mercenaries of human rights abuses, particularly in the Central African Republic.

As a result, Western chancelleries may be reluctant to cooperate with such a force in the fight against terrorism in Mali and the Sahel. A situation that could impact the activities of the Takuba force, composed of several elite European troops and expected to gradually take the place of the French operation Barkhane.

"An intervention by this actor would therefore be incompatible with the efforts of Mali's Sahelian and international partners involved in the Sahel Coalition for the security and development of the region," concluded one of the sources consulted by Reuters.