The U.S. officializes US$504 mln grant to rehabilitate Cotonou-Niamey corridor 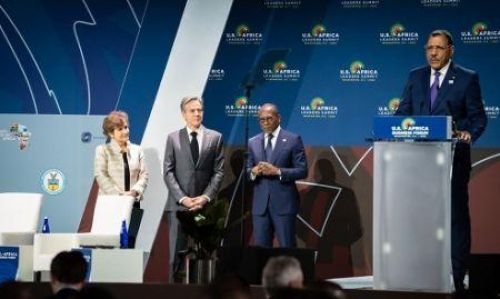 (Ecofin Agency) - The project was validated in 2018. Overall, US$534 million will be contributed for the rehabilitation of the corridor and the improvement of procedures.

Last Wednesday, the USA officialized a US$504 million grant awarded under the Millennium Challenge Compact program to improve efficiency and rehabilitate the Cotonou (Benin)-Niamey (Niger) corridor. The project was approved in September 2018 and in recent months, representatives of Benin and Niger held formal discussions to expedite the process.

This "is an innovation that should be noted because it will help to bring together two neighboring countries to make the space more attractive to businesspeople.  Africa is very large but some countries are fairly small markets, and so the attraction for the business world is small.  And if we increase our collaboration among African countries, countries that have small markets, this is a great way to increase the attractiveness of our countries," said Beninese President Patrice Talon, during the signing ceremony.

"Benin is a strategic partner for the development of Niger because the port of Cotonou is the closest port to Niamey.  It’s a thousand kilometers from Niamey.  And for a long time, we’ve considered that this is our natural port, and we’ve developed all the necessary instruments so that we can have relationships that make the economy of Niger viable [...] by basing our efforts on this corridor that links us to Benin,” commented Nigerien President Mohamed Bazoum.

According to official figures, every day, a thousand trucks transport goods to Niger, through the Cotonou-Niger corridor. For U.S. Secretary of State Antony Blinken, “When completed, these projects will make it faster and safer to transport goods along roads and across borders, and they’ll connect Benin and Niger to bigger markets and greater opportunities."

In addition to the US$504 million that will be donated to the two countries, they will contribute US$15 million each to complete the financing of the project. The largest expenditure (US$302 million) will be in Niger. It involves the rehabilitation of 127 km of roads on the Dosso-Niamey section. In Benin, the road linking Bohicon to Dassa will be rebuilt. Other expenditures will be cross-cutting, such as road maintenance and programs to strengthen the operating efficiency along the corridor.

Let’s note that inking the cooperation agreements does not imply the immediate availability of financial resources. The governments of both countries will have to follow strict and transparent budgetary procedures. According to information gathered by Ecofin Agency,   Millennium Challenge Compact teams recently visited the two countries and a series of training was organized for people working under the program.