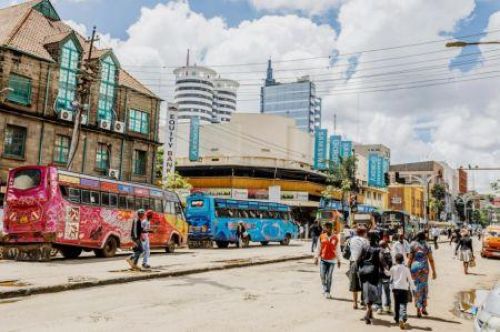 (Ecofin Agency) - Kenya has reached a staff-level agreement with the International Monetary Fund (IMF) for a new reform program with a financial package.

In a statement published yesterday, the institution said the program is set to last three years and Kenya will receive financial support of $ 2.4 billion as part of the Extended Fund Facility (EFF) and the Extended Credit Facility (ECF) agreements.

“I am pleased to announce that the Kenyan authorities and the IMF mission team have reached agreement on economic and structural policies that would underpin a 38-month program under the EFF and ECF arrangements for about US$2.4 billion,” said Mary Goodman, who conducted the virtual IMF missions to Kenya.

The new program, which must be initially approved by the IMF Board, seeks to support Kenya's post Covid-19 economic recovery. For 2021, the institution expects Kenya's economy to grow by 7.6% after the slight contraction of -0.1% expected for 2020. The new strategy will therefore focus on stabilizing and reducing the level of debt relative to GDP and pursuing the structural reform agenda while improving the performance of the financial sector.

“The authorities’ program aims at reducing debt vulnerabilities through a multi-year fiscal consolidation effort, centered on raising tax revenues and tight control of spending, which would safeguard resources to protect vulnerable groups. It would also advance the structural reform and governance agenda, including addressing weaknesses in some SOEs and ongoing efforts to strengthen transparency and accountability through the anti-corruption framework. Finally, it would strengthen the monetary policy framework and support financial stability,” IMF said.

In recent months, the country has begun negotiations with several of its creditors to obtain moratoriums on debt repayment. This is expected to allow the country to invest available resources into the implementation of social programs in particular.