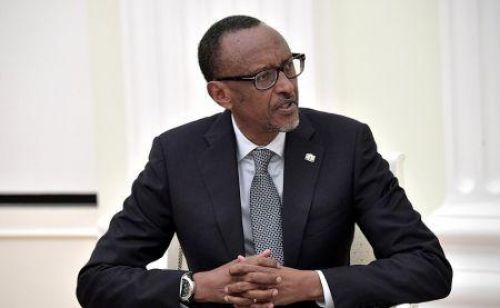 (Ecofin Agency) - For Rwandan president Paul Kagame, the UN, the USA, and other African countries are not sufficiently engaged in finding a solution to the Tigray conflict. This negligence could worsen the crisis in the coming years, he believes.

On February 3rd, during the chat show Battlegrounds (a periodic chat organized and hosted by the Hoover Institution for "international perspectives on crucial challenges to security and prosperity", President Paul Kagame expressed his views on the management of the Tigray conflict. According to the official, concerted action is needed towards a lasting solution to the Tigray conflict, which has already forcibly displaced thousands of livelihoods.

"For Ethiopia […] the toll is getting too high […] It is absolutely worrying and I hope the United States’ new administration, the UN, and others are thinking of how to collaborate with other African states to see what can be achieved together, for the African continent. Africa needs to be engaged primarily, but it is not that easy to say Africa is going to do this with this... It is going to be difficult, but something needs to happen to manage and quell that [conflict] because, by maybe one, two, or three years, we shall find that the toll is extremely high,"   He said.

For the Rwandan president, the international community does not have enough credible information about the crisis facing Ethiopia. "In fact, the other problem is that it [Ethiopia] has been cut off from the rest of the world. People don’t really know what is going on in there, other than the misery and the things we see when people cross the border and run into Sudan or things we hear when people who have been working there with difficulty say what they have seen or heard," Paul Kagame remarked, adding that the situation should not be ignored.

The said Tigray conflict opposing the Tigray People's Liberation Front (TPLF) to the federal government of Ethiopia has had important humanitarian consequences on the country and its neighbors, Sudan notably. For instance, from November 2020 to date, 58,000 Ethiopian refugees fleeing the conflict fled to Sudan while millions of Ethiopians have become internally displaced persons.

A U.N intervention in Tigray?

For Mehari Taddele Maru (Ethiopian Human rights activist and Part-time Professor at Migration Policy Centre of the European University Institute), it is now vital for the UN security council to take action in Tigray.

The he human rights activist believes such intervention is justified, per his conviction that the interference of the defense forces of Eritrea (which shares a border with Tigray and is already accused of interfering in the conflict) could transform the crisis into both a civil war and international conflict, which the UN is competent for. He also pointed at the humanitarian challenges and the possible human rights violations reported.

According to Mr. Maru, a UN intervention in Ethiopia will be supported by the United States, whose new administration has expressed concern about the crisis in Tigray. During his confirmation hearing before the Senate, Antony Blinken, the new U.S. Secretary of State for Foreign Affairs, announced the appointment of a special envoy for the Horn of Africa. The objective being for the United States to be more active on issues such as Tigray.

During the hearing, Anthony Blinken  explained that "there needs to be greater access to the region, more accountability, a restoration of communication and humanitarian assistance, and an effort to put dialogue in place to address key issues."

As for President Paul Kagame, African countries must be the main actors in the resolution of the conflict, if concerted action is finally approved. "At some point, there have to be steps to try and address that issue and if it could start from within the country itself, so much the better. But I think the toll is just getting too high as we see it [...] Africa needs to be engaged primarily," he said while acknowledging that it would be easier said than done.

Let’s note that the federal government of Ethiopia has consistently opposed the international community’s involvement in resolving the Tigray conflict. It has also been turning deaf ears to call for dialogue with the TPLF (which was ruling the Tigray region before the conflict broke out). The appeals of Paul Kagame who is ruling Rwanda, a country that experienced genocide in 1994 and is still suffering its aftermath, could be important calls for the pacification of the Tigray region.

Note: In a previous version of this article, we mistakenly attributed human rights activist Mehari Taddele Maru’s statements to Paul Kagame. We extend our apologies to our audience for this mistake.