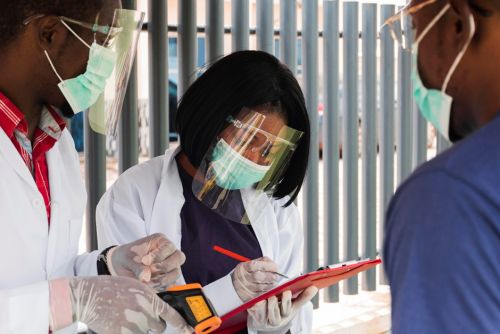 (Ecofin Agency) - South African President Cyril Ramaphosa addressed the nation yesterday evening on the evolution of Covid-19. He said the country has moved to a third wave and will therefore return to tighter restrictions as the number of new infections continues to escalate.

“About two weeks ago, we were recording around 3,700 daily infections. Over the last seven days we have recorded an average of 7,500 daily infections,” President Ramaphosa reported, warning that “the third wave of infections is upon us.”

Faced with this situation, “we must once again tighten restrictions on the movement of persons and gatherings. We need to enforce compliance more rigorously and we need to take firmer actions against those who do not adhere to the regulations that save our lives,” he said. Under the new measures, curfew is adjusted to between 10 pm to 4 am, non-essential establishments like restaurants, bars, and fitness centers must close by 9 pm, gatherings are limited to 50 people indoors and 100 outdoors, among others. Previous measures, including the wearing of face masks and social distancing, are compulsory.

Although South Africa, the hardest-hit country in Africa, is multiplying efforts to put an end to the pandemic, things seem to go sideways. Since it started its vaccination campaign in February, it has only been able to vaccinate less than 1% of its population, while the goal is to reach about 67% by the end of the year. Also, a few days ago, the country had to withdraw about 2 million doses of the Johnson & Johnson vaccine it had recently purchased, after an investigation suspected that the doses were contaminated.