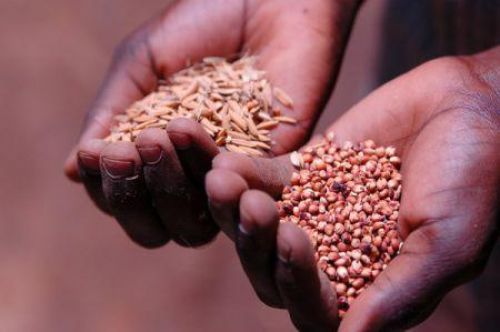 (Ecofin Agency) - Since 2015, the UN has set the goal of eliminating hunger in all of its forms by 2030. While this ambition remains on the agenda, the end of the tunnel still seems far away.

The gap to reach a hunger-free world by 2030, as set up by the UN in the SDGs, seems to be widening. While the number of people affected by hunger has been constantly decreasing from 826 million to 629 million individuals between 2005 and 2015, the curve has gradually gone up again in the last 5 years.

Since 2015, the number of people affected by hunger has increased by 60 million. In 2019, according to FAO, 690 million people were affected, including nearly 381 million people in Asia and 250 million in Africa.

On the sidelines of the World Day of Action Against Hunger yesterday, the UN reiterated its commitment to this goal. The various UN agencies, including the World Food Program (WFP), have strengthened their efforts over the last two years, but challenges remain. Climate change, the aggravation of conflicts, and the socio-economic disruptions related to the coronavirus pandemic have contributed to weakening access to food for the most disadvantaged populations in the world.

Hotspots for food insecurity are located in several countries such as Madagascar, Ethiopia, Syria, Yemen, Burkina Faso, and South Sudan. According to the most pessimistic forecasts, 2021 could still be difficult in terms of global food security. Regarding the situation in 2020, observers are waiting for the publication by the FAO of its annual report on the state of food security and nutrition in the coming months.