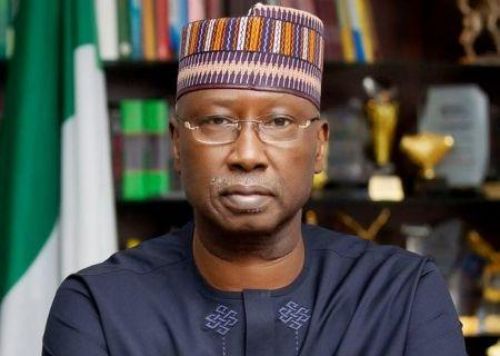 (Ecofin Agency) - The government of Nigeria plans to vaccinate at least 55 million people by the end of January next year. This was announced by Boss Mustapha (pictured), head of the presidential steering committee on Covid-19.

This target represents about 50% of the targeted population within the country, pegged at 111 million. Additional doses of vaccines will be acquired as part of this strategy. “The PSC wishes to assure Nigerians that the NPHCDA has enough vaccines in the pipeline to vaccinate about 50% of the country’ s target population by the end of January, 2022. Efforts are also ongoing to bring on board the booster dose so as to build a healthy level of antibodies,” Boss Mustapha said.

So far, the country has struggled to roll out its campaign and has administered only 46% of the vaccines it has received. To increase this figure, the government said it will make vaccination mandatory for civil servants, starting next December. According to the African Centers for Disease Control and Prevention (Africa CDC), Nigeria has managed to buy 19 million doses of covid-19 vaccine, enough to cover only 4.63% of its population. While 2.8% of the population has already received at least one dose of the vaccine, only 1.53% has been fully vaccinated.

In addition to the shortage of vaccines, the population’s reluctance to get vaccinated remains a major obstacle to the campaign. Observers fear that the expected new vaccines will also remain on the shelf. A successful vaccination campaign is needed to help the country get back on track after a recession at -1.8% last year (IMF).

Nigeria plans to develop local means to fight such pandemics. The country is on the World Trade Organization's list of African countries that are likely to become continental vaccine production hubs in the coming years.

The new accelerated vaccination campaign is scheduled to start on November 20.