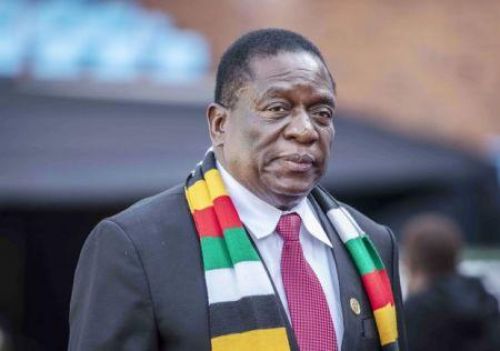 (Ecofin Agency) - Zimbabwe has just announced a new plan to revive the economy over the next five years. The government wants to make the country an upper-middle-income one by 2030.
Called National Development Strategy (NDS), the plan will, among other things, accelerate economic growth, improve the performance of the public sector and build strategic infrastructure in the energy, ICT, transport, and housing sectors.

This new strategy, which comes after the Transitional Stabilization Program (TSP) launched in 2018, will make it possible to achieve economic growth of around 5% on average between 2021 and 2025. It also aims to maintain a budget deficit of no more than 3% of GDP, single-digit inflation, and increase international reserves to reach at least six months of import coverage compared to less than one month currently. The last point is to keep the debt at less than 70% of GDP.

While the country is going through an unprecedented economic crisis marked by growing triple-digit inflation, a depreciation of the local currency, and a major social and health crisis, the government of President Emmerson Mnangagwa (pictured) is still struggling to deliver on the promises made at the beginning of his mandate.

The authorities now want to accelerate investment in agriculture, mining, electricity, and manufacturing to create 760,000 formal jobs. "The NDS1 will therefore be rolled out under better economic conditions than the TSP and carries with it bold strategies and policies to catapult economic growth,” said President Mnangagwa at the program launch ceremony.

However, while international sanctions continue to weigh on the country, which suffers from a shortage of foreign exchange, questions remain about the authorities' ability to finance this new program. For this year, the IMF expects growth by -4.5%.