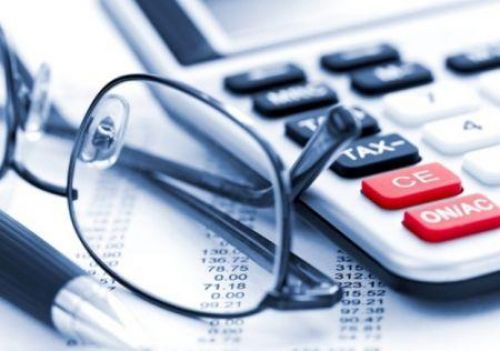 (Ecofin Agency) - Africa has lost an estimated $17.1 billion in tax revenue due to tax evasion by rich countries and multinationals. The figure is revealed in the 2021 edition of the State of Tax Justice report, jointly published on Tuesday by the Tax Justice Network, Public Service International, and the Global Alliance for Tax Justice.

Compared to 2020 when the continent lost up to $25.4 billion, the estimated tax revenue losses this year are down by $8.3 billion. The decline was particularly pronounced in Nigeria, where tax loss estimates fell by $8.8 billion to $2.05 billion between 2020 and 2021. The highest losses were observed in South Africa ($3.5 billion).

In Angola and Egypt, estimates of tax losses are down by $1.8 billion and $1.3 billion respectively in 2021. The report does not provide details on the exact causes of this decline. However, the impact of restrictions on access to foreign exchange for economic agents, particularly foreigners, in Nigeria and Angola is worth examining. The downturn in economic activity due to pressure on oil prices and developments within the two countries’ tax administrations should also be reviewed.

While tax losses have been contained in some African countries, things have gotten worse in others, particularly in the Central African region. Chad is the country where tax evasion has reportedly increased the most, with an increase in loss estimates of about $1.6 billion. Congo-Brazzaville (+$460 million), Cameroon (+$175.3 million), and Gabon (+$93.6 million) are the other three CEMAC countries in the top 10 of tax loss increases in Africa, according to calculations by Ecofin Agency.

A missed opportunity to vaccinate 82.1% of Africans against covid-19

Even if tax losses are declining in Africa, the problem remains that the impact of tax reforms cannot be separated from the overall decline in the region's economies. The tax justice network experts believe that these losses are too much for a region that is failing to successfully conduct a Covid-19 vaccination campaign with "hypocritical" aid from rich countries, especially those of the Organization for Economic Cooperation and Development (OECD).

“Altogether, OECD countries pledged $8.7 billion to the COVAX program but cost the world $378 billion in lost tax. If OECD countries had not pledged any money to COVAX but simply stopped facilitating global tax abuse instead, countries around the world could have collected enough tax revenue to vaccinate the global population against the Covid-19 virus 2.9 times over,” the experts said, adding that for Africa, the $17.1 billion in lost taxes would have been used to vaccinate 82.1% of its population.

For some of the poorest countries in the region, the consequences are serious. This is the case for Chad, whose estimated tax losses represent 17.1% of its gross domestic product (GDP), and up to 1,800% of its public health budget. Overall, the country has lost nearly $2 billion in tax revenue. This amount is twice the debt currently being claimed by the Swiss company Glencore. The Seychelles loses 11% of its GDP, or 310.8% of the health budget.

The analysis of financial data published country by country within the OECD is the tool that now allows the estimate of tax losses due to multinationals. Tax Justice Network, the pioneer of this method of financial disclosure by groups operating around the world, now recommends that it be generalized in all regions.

TJN suggests that the mandate to lead tax reform discussions in favor of a United Nations body is withdrawn from the OECD. Countries are also reminded that they must identify wealthy individuals through beneficial ownership laws and apply the right tax to them. The urgency is even greater in Africa, where governments are unable to meet their development commitments due to limited resources.

“We must reprogramme the global tax system to protect people’s wellbeing and livelihoods over the desires of the wealthiest, or the cruel inequalities exposed by the pandemic will be locked in for good. The State of Tax Justice tells us exactly which countries are responsible for the tax abuse we all suffer. It’s time they were held accountable,” said Alex Cobham, chief executive at the Tax Justice Network.