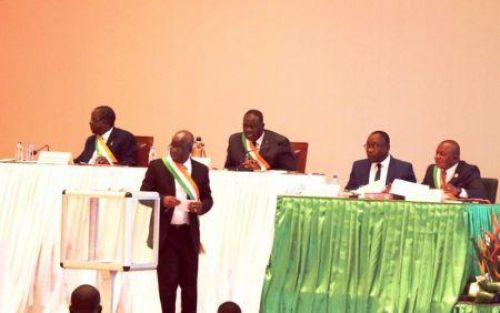 (Ecofin Agency) - During a joint session yesterday March 17, the two Houses of the Ivorian Parliament approved the draft revision of the constitution. This first revision of the new constitution voted through a referendum in 2016 involves three major changes in the executive, legislative and judicial powers.

In addition to these institutional reforms, this revision makes other changes relating to the adjustment, the correction of omissions in the text and the clarification or reformulation of certain provisions. These include, in particular, the operating relationship between the Senate and the National Assembly, which from now on will successively receive bills or proposals for the adoption of an identical text.

Accusing President Alassane Ouattara, whose government took the initiative for this revision, the opposition parliamentarians considered that by “opting for the parliamentary route, the President of the Republic has chosen passage en force. As proof, the major procedure laid down by the Constitution has not been respected.”

The presidential election in Côte d'Ivoire is scheduled for October 2020.