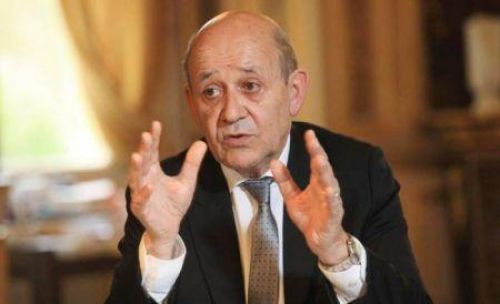 (Ecofin Agency) - Sudan welcomed Monday the French foreign minister, Jean-Yves Le Drian (pictured), a few weeks after the transition government was formed. Following a meeting with authorities, the French official announced his country is pledging $66 million in aid for the country, with an immediate disbursement of $16.5 million.
Le Drian said the new funding will help Sudan “go through its peaceful revolution.” This is good news for a country seeking to revive its economy. Indeed, the government recently announced it wants to raise about $10 billion to offset impacts of currency shortages and rising inflation. Sudan also wants to enter the international financial system from which it has been isolated since the 1990s following US sanctions.
During his visit, the first of its kind by a senior French official in more than a decade, the French minister also announced that France would press for Sudan's removal from the US terror list. “We will leverage our position to get Sudan off that list,” said Jean-Yves Le Drian.
The announcement comes a few days after Egypt said it would begin discussions with Washington to end sanctions.
Moutiou Adjibi Nourou