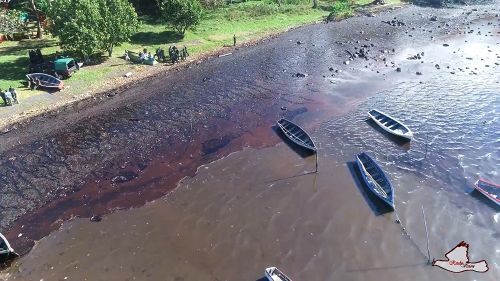 (AfDB) - The Board of Directors of the African Development Bank on Wednesday approved a $500,000 emergency assistance grant to support international recovery efforts after a significant oil spill earlier this year off the coast of Mauritius.

The funding, to be sourced from the Special Relief Fund, will complement ongoing activities by the government of Mauritius, development partners, and other actors to undertake salvaging and cleaning operations, conduct damage and loss assessments, along with other socio-economic evaluations. The United Nations has assumed a lead role in coordinating the response.

“The $500,000 emergency assistance grant from the African Development Bank to Mauritius is an important contribution to the International Recovery effort towards restoring the pristine marine ecology, so important for livelihoods in the blue economy and tourism sectors, which is now threatened by the unfortunate oil spill,” said Martin Fregene, Bank Director for Agriculture & Agro-industry.

More than 1,000 tons of oil have leaked into the Indian Ocean since a carrier vessel ran aground off the Mauritius coast on 25 July. Rescue teams successfully pumped out about 3,800 tons of oil and the government declared a state of emergency and has ordered fishermen and citizens to stay away from the beaches and lagoons around the communities of Blue Bay, Pointe d'Esny and Mahebourg.

The oil spill has resulted in health, conservation and economic challenges. The country relies heavily on the blue economy, particularly food and tourism, and its coastline has some of the world’s most pristine coral reefs. The general population remains at ongoing risk of severe illness from petroleum and its associated pollutants.

The country had hoped to reopen its borders to tourists following a successful response to the COVID-19 pandemic. However, the spill has delayed those plans.

In May 2020, the Bank approved €188 million euros in loans to bolster the country’s national budget as it mounted a response to the pandemic.

As of 1 August 2020, the Bank had four ongoing operations in its country portfolio with a valuation of $458.8 million.