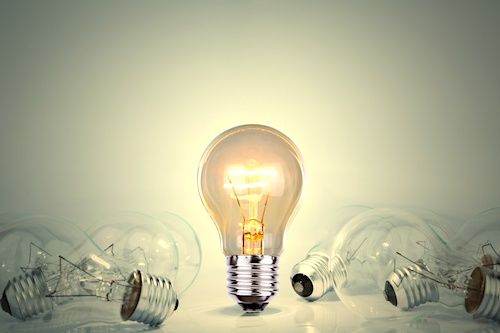 (EDF ) - A major player in electrification solutions in Africa, the French group Electricité de France (EDF) is continuing its "EDF Pulse Africa" (Tour) innovation competition, at the Star Land Hotel in Bonanjo, Douala (Cameroon), this Tuesday 19 October - after a first stage in Pretoria (South Africa). Embodying EDF's commitment to Africa, this competition aims to support the continent's most promising innovations in order to meet Africa's current energy challenges and contribute to its economic development. To this end, candidates from Cameroon will be invited to defend their project in front of a jury of experts.

8 companies from Cameroon selected out of 37 applications will defend their project in front of a jury of experts, this Tuesday, October 19. The winner of this stage will represent Cameroon in the grand final to be held on 2 December 2021 in Paris. During this final, 3 winners will be able to win up to 15,000 euros, and join the "EDF Pulse Africa Factory", an acceleration program bringing together players involved in coaching and supporting the growth of African "nuggets" in the field of energy access.

In three editions, candidates from Cameroon have managed to reach the podium three times with a third place obtained in 2017 by Yann Nkegne of the startup Edu Énergie which installs in communities intelligent solar street lamps, capable of storing content accessible by Wi-Fi from 1km away; two "Jury's Favourite" prizes in 2018 with Flavien Kouatcha, promoter of the company "Save Our Agriculture" which produces locally and distributes energy self-sufficient aquaponics kits, as well as in 2019 with Triomphant Tchulang, head of the company Clean Energy Services, a service provider of choice of EDF Cameroon, positioned on the energy efficiency of buildings and industrial facilities.

After a growing success over the last four years, with 79 applications in 2017 against 584 this year, spread over more than half of the 54 African countries, this fourth edition redoubles its ambition to develop its own ecosystem and give visibility to young innovative African structures, in order to gain agility and respond with more adequacy to market needs.

This program is particularly aimed at African start-ups and SMEs offering innovative solutions in the following areas:

As a reminder, EDF has been present for 50 years in more than 14 African countries, with more than 500,000 households electrified according to a "low-carbon" model that focuses on sustainable and accessible energy. This is evidenced, for example, by the first work on the Nachtigal hydroelectric plant on the Sanaga River in 2018, which will eventually provide 30% of Cameroon's national consumption with a power of 420 MW, as well as a 50km power line to transport electricity to Nyom.

A major player in the energy transition, the EDF Group is an integrated energy company, active in all business lines: generation, transmission, distribution, trading, energy sales and energy services. As the world leader in low-carbon energy, the Group has developed a diversified production mix based mainly on nuclear and renewable energy (including hydro) and is investing in new technologies to support the energy transition. EDF's raison d'être is to build a CO2-neutral energy future that reconciles preservation of the planet, well-being and development, thanks to electricity and innovative solutions and services. The Group is involved in supplying energy and services to around 37.9 million customers (1), including 28.7 million in France (2). In 2020, it generated consolidated sales of €69.0 billion. EDF is a company listed on the Paris Stock Exchange.

(1) Customers are counted since 2018 by delivery site; a customer can have two delivery points: one for electricity and another for gas.