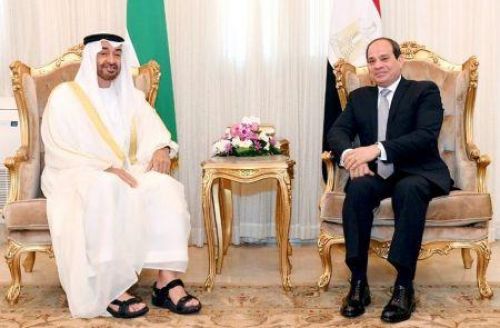 The new fund line will be used to implement strategic investment projects, specialized funds, and investment tools, in a number of sectors. It will be managed by Abu Dhabi Development Holding Company and Egypt’s sovereign wealth.

While no specific details have been provided on the sectors concerned and the launch period of the new fund, it should be noted that this announcement comes at a time when Egypt is seeking to consolidate its relations with one of its main allies in the world.

Since Abdel Fattah al-Sissi took office as President of Egypt, the United Arab Emirates and Saudi Arabia have been the main donors to the North African country. This is Sissi's second visit to the Emirates in two years.

Let’s also note that since former President Mohamed Morsi was ousted in 2013, Arabia, Kuwait, and the United Arab Emirates promised Egypt a total of $12 billion in loans, grants, and fuel deliveries.