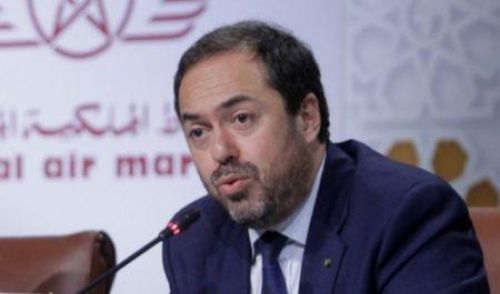 (Ecofin Agency) - Royal Air Maroc (RAM) has started processes to sell its six Boeing 737-700s. According to CEO Abdelhamid Addou (pictured), an international tender will be issued shortly as part of the process.

These aircraft, aged between 14.8 and 21.8 years, are among the oldest aircraft in the carrier's fleet. According to the CEO, their sale was initially planned 2 years ago. But in the meantime, the Covid-19 pandemic disrupted the project.

Overall, RAM is expected to sell or lease about 20 of the 59 aircraft in its fleet as part of its ongoing restructuring plan. "First, we don't know how global air traffic demand will recover and evolve in the coming years and secondly, the global aircraft market is overwhelmed since many major airlines such as Lufthansa have sold off hundreds of aircraft," said Abdelhamid Addou.

As part of its rescue plan, RAM also plans to trim about 30% of its workforce; this is nearly 900 employees including 150 pilots. The airline will shut down several lines in Africa, Asia, Europe and America. A steering committee is set up to monitor the plan.

The Department of Public Enterprises and Privatization (DEPP) projects a 56% decline in RAM’s turnover to MAD 6.63 billion (€614 million) and a net loss of MAD 3.73 billion for 2020, mainly due to the Covid-19 pandemic.