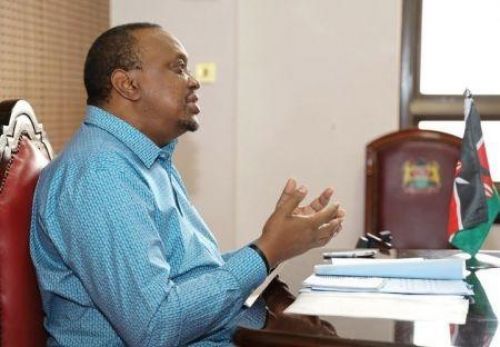 (Ecofin Agency) - The Kenyan government engaged in talks with China to secure a debt repayment suspension. The information was reported by China’s embassy to Nairobi this week.

This operation will allow the African country to reduce its debt burden, making it easier for the government to deploy its economic takeoff plan in a post-pandemic period. Kenya has already reached a debt moratorium (covering $300 million) with the Paris Club.

In recent years, China has often been criticized for its "unorthodox" policy of lending to African countries. By massively financing development or infrastructure projects on the continent, the Middle Kingdom has gradually become one of its largest creditors.

In Kenya, where the level of debt has risen sharply in recent years, China accounts for 21% of external debt, just behind the World Bank (25%). For its part, Beijing, accused of wanting to lock African countries into a "debt trap" seems to want to show its goodwill by suspending or writing off the debts of several of its partners on the black continent. On January 7, 2021, Chinese Foreign Minister Wang Yi announced the cancellation of $28 million of the DRC's debt to China.

According to the Chinese authorities, debt suspension agreements and loan waivers have been granted to many African countries, in line with decisions taken by G-20 member countries.