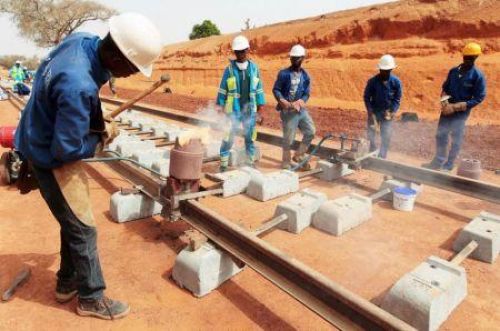 Dieudonné Dukundane, Executive Secretary of the Central Corridor Transit Transport Facilitation Agency (CCTTFA), said the infrastructure is a 190 km line that will link the Burundian city of Musongati to that of Isaka in Tanzania. The objective for the Burundian authorities is to facilitate the opening up of the country, while boosting mining exports via Tanzania which has several ports, epecially in Isaka.

Betting on nickel, one of its main mining products, Burundi wants to improve mining exports by 47% by 2027.

“Now is the time to start fund-raising,” Dieudonné Dukundane said, according to comment relayed by Bloomberg. The railroad is part of a railway network that will enhance trade between Tanzania and its neighbors, particularly Rwanda and the DRC.

The Executive Secretary of CCTTFA says the other member countries of the Central Corridor should prepare to begin without delay, the construction of railway lines that will connect them to Tanzania. He believes it is an opportunity to boost the region’s competitiveness.

As a reminder, the Agency was created on September 2nd, 2006 and includes Tanzania, Rwanda, Burundi, Uganda and the DRC. Its mission is to ensure the implementation of the provisions of the Central Corridor Treaty aimed at facilitating traffic transiting through the port of Dar es Salaam to the landlocked countries of East Africa.