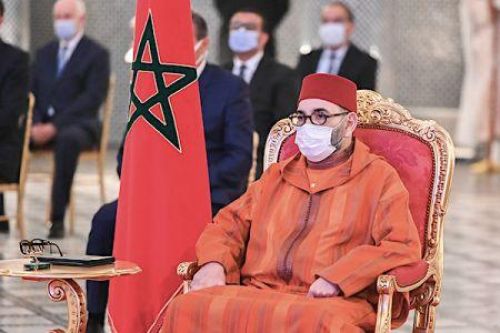 (Ecofin Agency) - Morocco is seeking foreign expertise and investment to broaden its social protection system to the entire population by 2025. The announcement was made last April 14 in Fes by King Mohammed VI himself during the launch of this project seen as a game-changer for the health sector.

The new strategy will see the 22 million Moroccans being health insured (medicines and hospitalization expenses) in 2021-22. Another major ambition for Morocco is to expand family allowances to families not yet included in the program by 2023-24. Through this initiative personally led by the King, Morocco will also proceed, according to a specific timetable, to broaden the membership base of pension schemes. The goal is to include about 5 million people who are employed and not receiving a pension by 2025. The job loss benefit will also be strengthened by 2025 to cover anyone with a stable job.

However, the lack of human resources remains an important issue given the size of the project. The strengthening of medical coverage will therefore require taking up many challenges, particularly those concerning the low rate of medical supervision, the lack of human resources, and their unequal geographical distribution. To find a way out, the Cherifian Kingdom has decided to open up to foreign skills and allow them to join the medical profession, as well as to stimulate investment in the health sector, through an appropriate framework that will be specified in the coming months.

Morocco currently needs 35,000 physicians and 57,000 nurses, making nearly 100,000 additional skills. The country has nearly 25,000 physicians, more than half of whom work in the private sector, for 36 million inhabitants. The standards set by the World Health Organization (WHO) are about 20 physicians per 10,000 inhabitants.

In terms of facilities, Morocco has 5 University Hospital Centers (CHU), which are operational, and 3 others that are currently under construction (almost completed).

To effectively meet the growing demand as this project is implemented, accompanying measures will be adopted. They will aim at intensifying training programs and the consolidation of the medical skills of health professionals.

The success of this reform will also depend on strengthening national medical capacities and fighting the shortage of health professionals. Morocco has opted to open up the health sector to foreign expertise and investment and to capitalize on successful experiences, under the royal instructions contained in the opening speech of the Parliament for 2020. According to the economic policy expert Uri Dadush, a senior fellow at the Policy Center for the New South (PCNS), "anything that opens Morocco to international knowledge and international competition is a healthy step." He said that in a statement to the Moroccan News Agency (MAP). This expert believes that it is "reassuring to see that Morocco continues to be dedicated to a policy of openness and learns as much as possible from best practices.”

Overall, the vast plan to broaden social protection constitutes a coherent and ambitious approach, which combines both internal transformation measures through a massive mobilization of state resources, but also a strong opening to the outside world and the establishment of public-private partnerships.