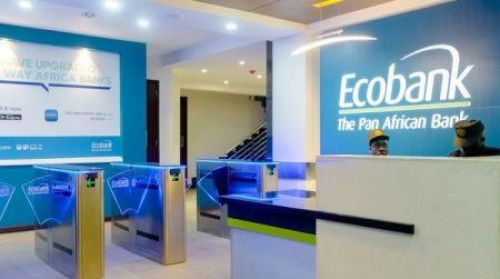 (Ecofin Agency) - In 2021, Moroccan banking groups were controlling one-fifth of the WAEMU banking market, which is led by pan-African Ecobank and French group Société Générale.

At end 2021, the WAEMU bank market was mainly controlled by Morrocan groups. Those groups (namely Attijariwafa Bank Banque Centrale Populaire and Bank of Africa) were controlling 21.7% of the market. Despite their dominating position, individually, they came behind Ecobank Transnational Incorporated (10.1%) and Société Générale (9.8%), a recent report reveals.

With 26 subsidiaries in the WAEMU region, Moroccan banking groups have been the leading presence. They own 20% of the bank offices and 22% of the ATMs installed in the region while 28.1% of the 17.4 million bank accounts domiciled in the region are opened in their books.  During the same period, their net profit represented 26.6% of the XOF799 billion (US$1.22 billion) profit generated by the region's banking sector.

Meanwhile, with five subsidiaries in the WAEMU market, Société Générale generated the most net profit as an individual group in the local bank market. Its net profit represented 12.7% of the overall profits. Its immediate individual challenger was Ecobank, with 12.4%.

As the individual banking group with the largest market share and the most influential presence in the region, Ecobank was the leader.

At the end of 2021, the Maghreb has been the second-leading region in the WAEMU banking market. The leading region was West Africa, thanks to groups like Ecobank (leading bank in terms of market share) and Coris Bank (third bank in terms of market share). During the period, Maghreb banking groups controlled a cumulative 30% of the net profit generated by the WAEMU banking market, confirming the soundness of the operating choice made by their management when they chose to bet on the Francophone West African market.

Above all, the 2021 results disprove rating agencies and the IMF’s risk perceptions about Moroccan banking groups' expansion into Sub-Saharan Africa. In fact, Moroccan banks’ operating expenses dropped and the deterioration of their clients’ credits was low because the volume of loans to governments went up and their private clients were more consistent in debt repayment.