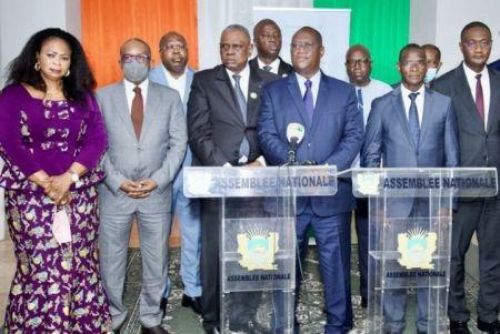 (Ecofin Agency) - The Ivorian government sets plans to increase its defense investment next year. To address the growing terrorist activity in the country, Côte d'Ivoire will invest $651 million (CFA378 milliards) in 2022. This is $43 million more than the amount invested this year (+7%).

The 2022 defense expenditure represents about 3% of the total state budget of $17 billion proposed by the government for next year. Recently, Côte d'Ivoire has been experiencing security issues, particularly on its border with Burkina Faso, which has been under increasing attack by jihadist groups since June 2020. These attacks have already claimed the lives of nearly twenty Ivorian defense and security forces.

Sharing a border with Burkina Faso, which is one of the hotbeds of terrorism in West Africa, Côte d'Ivoire has undertaken several initiatives to deal with the growing threat since the attacks of Grand-Bassam in 2016. The country recently created an International Academy for Counter-Terrorism (AILCT) to better equip the army. Just over a week ago, the government also announced the acquisition of two aircrafts to strengthen border surveillance.