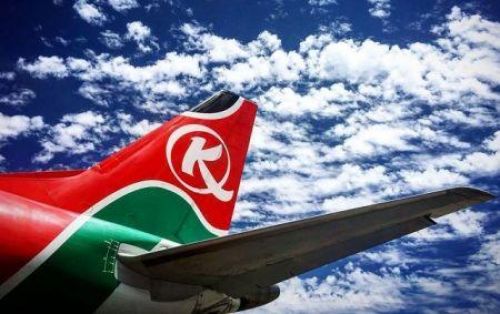 (Ecofin Agency) - For this current year, Kenya Airways says it is expecting its earnings to decline by at least 25% compared to the previous year.

The decline is as a result of a growing competition which significantly affected pricing, the company reports in a note. “Although Kenya Airways realized improved revenue growth in the year, profitability was constrained by the increased competition in the airline area of operations which in turn has increased pressure on pricing in order to remain competitive.”

The national airline also mentioned the adoption of the IFRS 16 (International Financial Reporting Standards) in 2019, which required significant adjustments to both the income statements and balance sheets. The IFRS 16 standard applies to accounting and requires companies to recognize leases in their balance sheets.

In 2018, Kenya Airways profits grew by 8% to $1.13 billion, including $939 million in passenger revenues. But that same year, the company lost about $74 million. Overall, Kenya Airways has remained in deficit for several years.