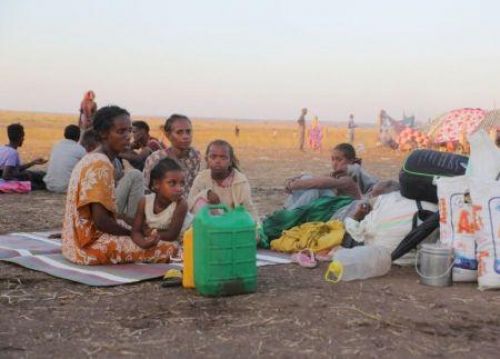 (Ecofin Agency) - In Ethiopia, the number of people seeking asylum continue to rise as the health crisis and clashes worsen. As at Dec 31, 2020, the country recorded more than 802,800 refugees and asylum seekers, according to the UN High Commissioner for Refugees (UNHCR).

UNHCR says the refugees mainly come from Eritrea, South Sudan and Somalia, and their number has increased to the point where Ethiopia is now the second largest refugee-hosting country on the continent after Uganda. Faced with this situation, aggravated by the shortage of food and medical care as well as qualified personnel, the UN refugee agency had requested $385.1 million in funding.

The resources will help ensure resupply of food and healthcare equipment, and improve health facilities in the camps to protect refugees against several diseases, including the covid-19 pandemic which has already affected 131,546 people in Ethiopia.

However, UNHCR reports that only 39% of the amount was raised. The implementation of the planned actions remains on track, as, according to UNHCR monthly newsletter, the agency continues to support the internally displaced in Ethiopia, including through the leadership of the Protection Cluster, and by providing protection, emergency assistance and various other support to IDPs and returnees, including those displaced by the recent floods and clashes.

In addition to refugees from other countries, Ethiopia has 2.2 million IDPs fleeing the conflict that erupted in November 2020 in the northern regional state of Tigray.